About 80km south of Houston we discovered Galveston or more precisely Galveston Island on the Texas Gulf Coast. Galveston is described as a romantic island tucked deep within the heart of south Texas. It's moniker “Playground of the South” applies because the area has 50km of beaches a host of museums and entertainment plus it is the main cruise ship terminus for itineraries around the Gulf of Mexico.

Much of the city was destroyed (at least 6,000 people were killed) in 1900 when Galveston hurricane came ashore together with a great storm surge that inundated most of Galveston Island. One of the early hotel developments following the hurricane was the Hotel Galvez.

During the 1920s and 30s, the city exploited the prohibition of liquor and gambling. Clubs offered entertainment to wealthy Houstonians and other out-of-towners. Galvestonians accepted and supported the illegal activities, often referring to their island as the "Free State of Galveston".

On the way from Galveston Island to Bolivar Peninsula (by ferry) we passed by Seawolf Park, a memorial to USS Seawolf, a US Navy submarine mistakenly sunk by U.S. Navy forces in 1944 during World War II.

Seawolf Park is unique in that it has a submarine USS Cavalla, and the remains of a merchant ship WWI tanker S.S. Selma, and a destroyer escort USS Stewart designed to conduct antisubmarine warfare - the hunter, hunted, and the protector - all in one museum.

Five hours drive later (and a memorable lunch stop at a Waffle House diner) we arrived in the birthplace of jazz, New Orleans - the Big Easy, also referred to as NOLA. There's so much to see and do here that this is definitely a city we plan to return to in future visits to the States.

At the heart of the French Quarter is Bourbon Street - the historic, colourful and extremely musical destination that combines residential, hotels, guest houses, bars, restaurants and tourist-oriented commercial properties. Entry to most bars presenting live music throughout every evening is free so long as you buy a drink. Fortunately, the French Quarter suffered relatively light damage from Hurricane Katrina floodwater as compared to other areas of the city and the greater region.

Since steam powered riverboats have played such a significant role on the Mississippi River from New Orleans upstream during 19th-century, taking our own short cruise along the Ol Man River aboard the last authentic steamboat on the river felt like an important part of the visitor experience.

We caught up with and boarded the Natchez (the ninth steamer named after the city of Natchez, Mississippi or the Natchez people) at the Toulouse Street Wharf. She's a stern-wheel steamboat built in 1975 and is modeled after the steamboats Hudson and Virginia. Its steam engines were originally built in 1925 for the steamboat Clairton, from which the steering system and paddlewheel shaft also came. The Natchez also features a steam calliope - also known as a steam organ or steam piano. We were treated to a extended recital before boarding and travelling upstream for several hours.


Steam calliope being played on the Natchez

The whistles of a calliope are tuned to a chromatic scale, although this process is difficult and must be repeated often to maintain quality sound. Since the pitch of each note is largely affected by the temperature of the steam, accurate tuning is nearly impossible; however, the off-pitch notes (particularly in the upper register) have become somewhat of a trademark of the steam calliope.

On our final morning in New Orleans we caught the St Charles Line Streetcar through the Garden District. This area was originally developed between 1832 and 1900 and is now considered one of the best-preserved collections of historic Southern mansions in the United States.


This whole area was once cotton plantations. It was sold off in parcels to mainly wealthy Americans who did not want to live in the French Quarter with the Creoles. Originally the area was developed with only a couple of houses per block, each surrounded by a large garden. In the late 19th century, some of these large lots were subdivided, as Uptown became more urban. This has produced a pattern for much of the neighborhood: of any given block having a couple of early 19th-century mansions surrounded by "gingerbread"- decorated late Victorian period houses.

The next part of our adventure involved catching (with less than 10 minutes to spare) Amtrak's iconic train The City of New Orleans from New Orleans, north through the state of Mississippi to Memphis, Tennessee. After Memphis, it then continues north through the heart of USA to Chigago. The train is also celebrated by the folk music song City of New Orleans written and first performed by Steve Goodman in 1970 and subsequently recorded by Arlo Guthrie.

Thanks for visiting our Oosterdam Trans-Pacific Cruise blog. We'd really enjoy having you post your comments, jokes, feedback and anything else you can think of on this blog post. In participating in the blog we hope you'll feel you have become a part of the virtual cruise experience.

As I've removed the requirement to be registered to enter a comment it would great if you remember to sign off with your name.

Don't panic if you don't see your comment immediately - it will be published as soon as I've been able to connect to WiFi and check the comments first before publishing.

Preparation for the latest manned spacecraft Orion is underway at Johnson Space Centre. The Orion Multi-Purpose Crew Vehicle (MPCV) space vehicle is intended to carry a crew of up to four astronauts to destinations at or beyond low Earth orbit. Currently under development by NASA for launch on the Space Launch System, Orion is intended to facilitate human exploration of asteroids and of Mars, as well as to provide a means of delivering or retrieving crew or supplies from the ISS if needed. 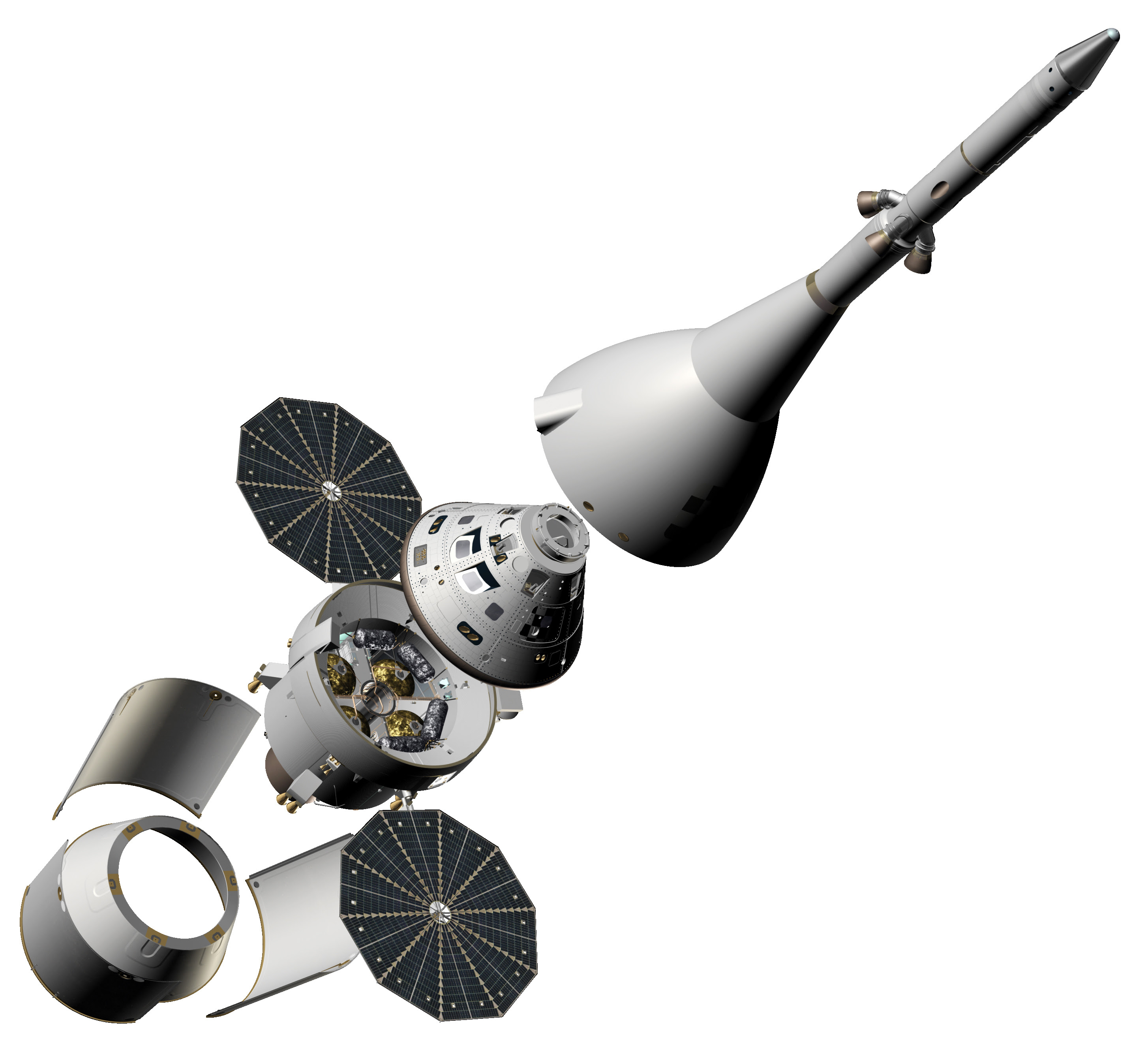 The MPCV was announced by NASA on May 24, 2011. Its design is based on the Orion Crew Exploration Vehicle from the cancelled Constellation program. It has two main modules. The Orion command module is being built by Lockheed Martin in New Orleans. The Orion Service Module, provided by the European Space Agency, is being built by Airbus Defence and Space. 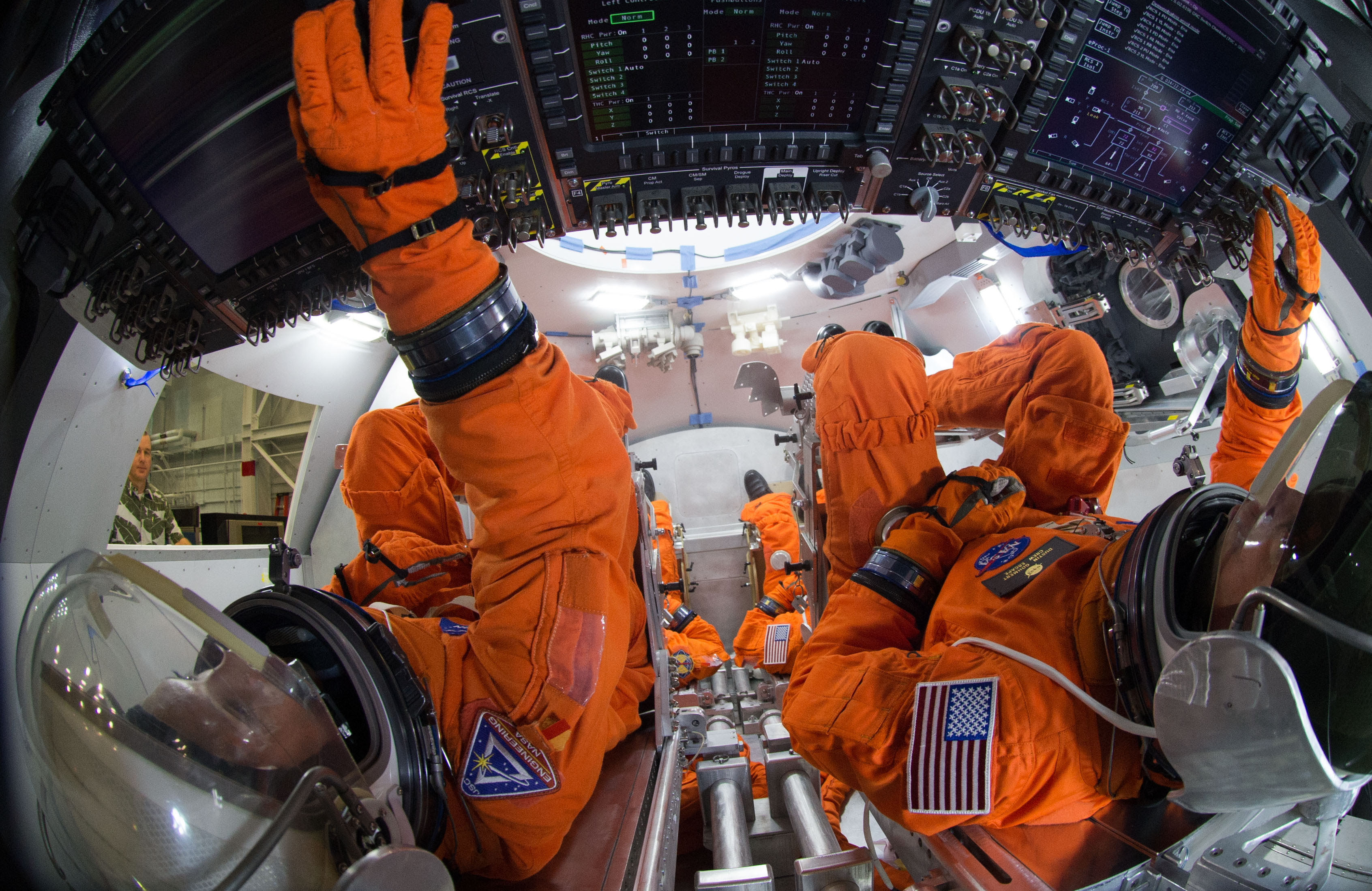 Interior of the Orion mock-up

The MPCV's first test flight (uncrewed), known as Exploration Flight Test 1 (EFT-1), was launched atop a Delta IV Heavy rocket on December 5, 2014 on a flight lasting 4 hours and 24 minutes, landing at its target in the Pacific Ocean. The first mission to carry astronauts is not expected to take place until 2021. 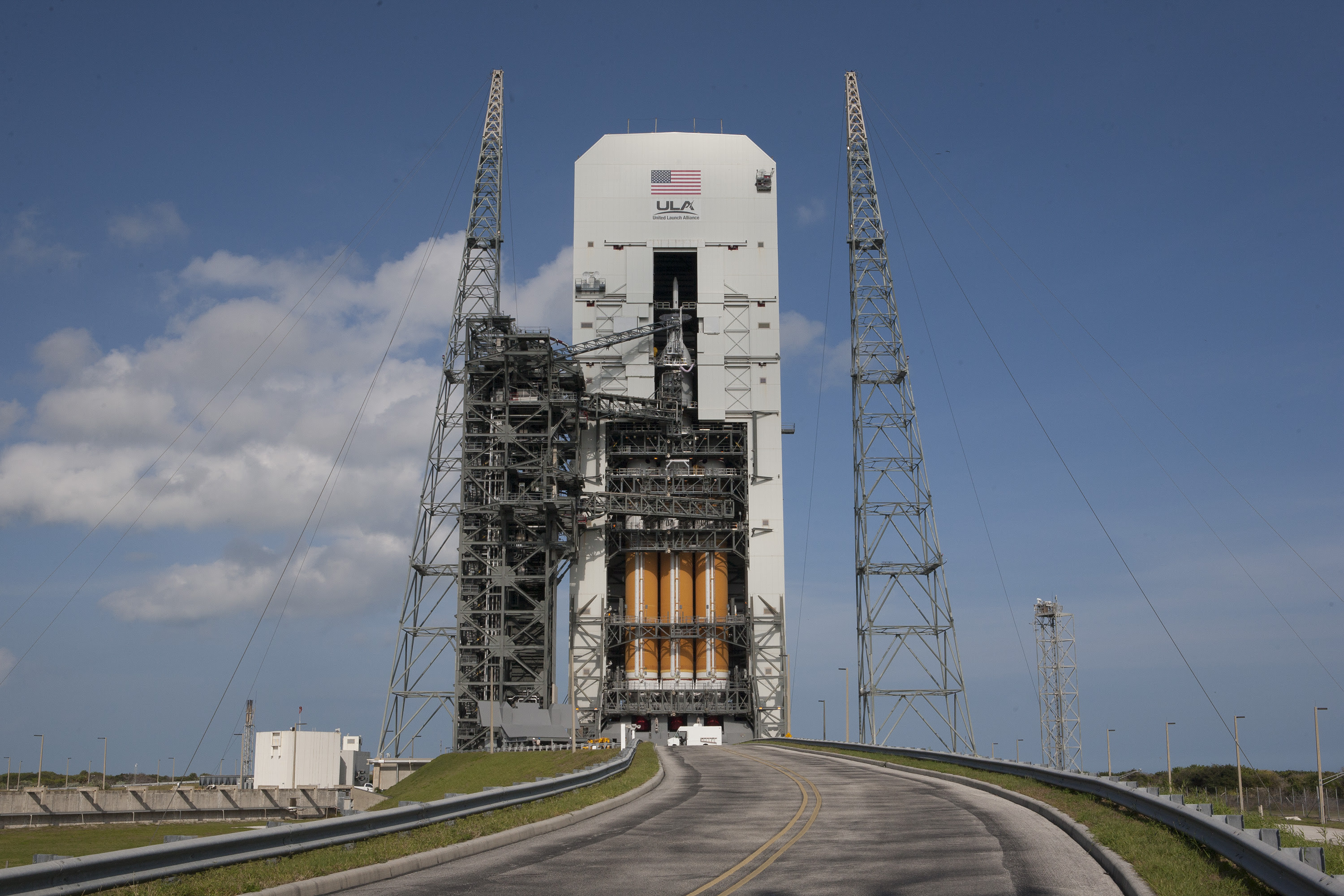 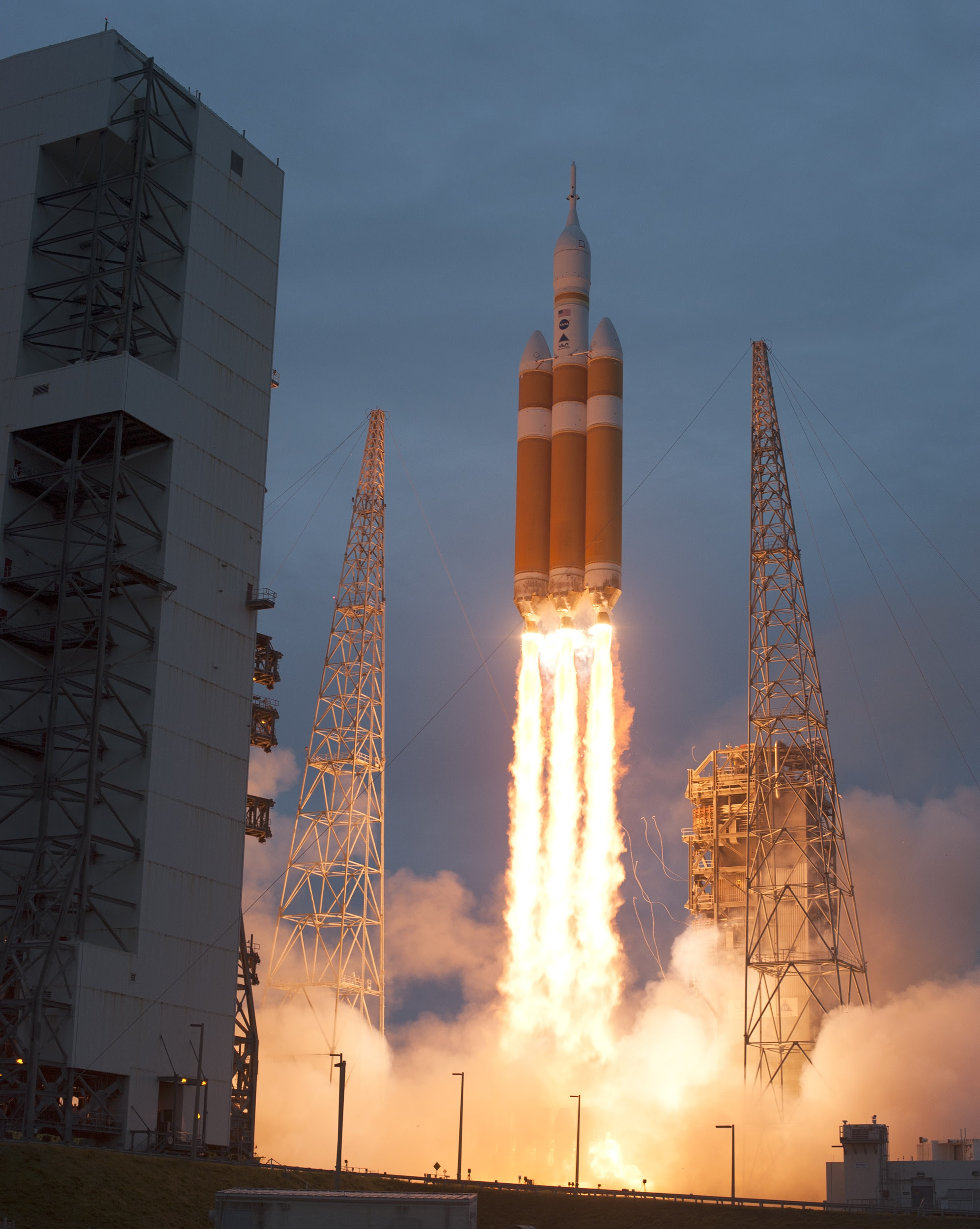 Beaver Lake in Stanley Park has an unusual structure by the shore. Made of wire, this is known as a Beaver Baffler. It’s designed to manage the beavers’ natural instinct to dam the water flowing from the lake into Beaver Creek. Damming expands the area of the lake they call home to create more habitat for their favourite foods: willow and alder trees. Damming also makes the water deeper, which can prevent the lake they live in from completely freezing in winter. 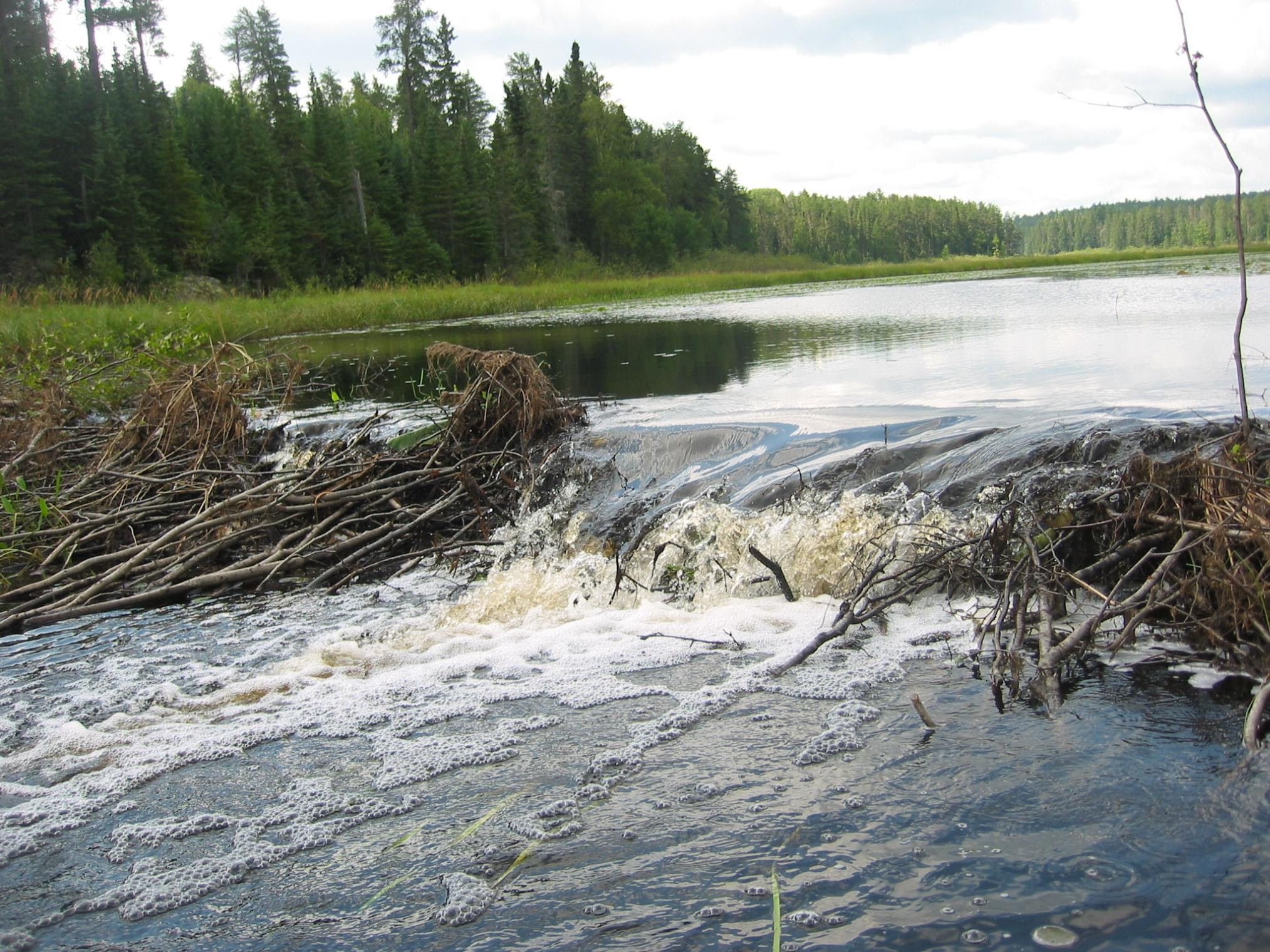 However, when the beavers in Stanley Park block the outflow from the lake, it stops vital water from flowing to Beaver Creek, a spawning stream for coho salmon and cutthroat trout. This is bad news for both populations in the Park. 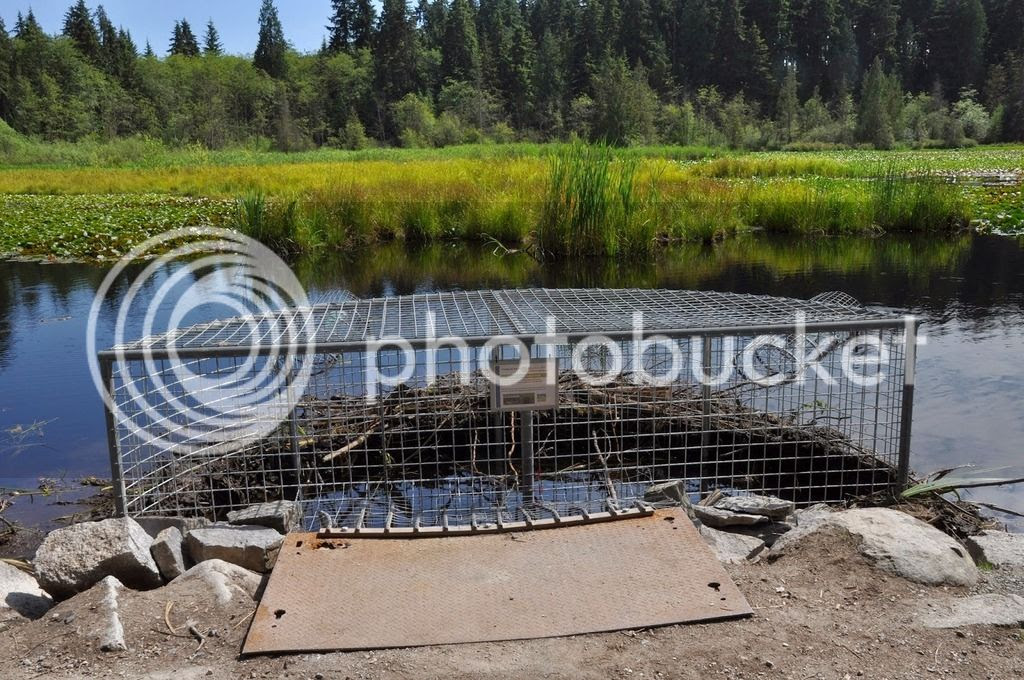 The Beaver Baffler is designed to prevent this from happening. The baffler is set up so the beaver can’t sense exactly where the water outflow is, although they will be able to hear the flowing water. The wire fencing prevents the beavers from blocking the lake outflow, and with some periodic maintenance the pipe downstream of the mesh barrier continues to direct water into Beaver Creek.

In 1996, Vancouver Aquarium became the first aquarium in the world to make a commitment to no longer capture cetaceans from the wild for display. They now only accept and care for whales, dolphins and porpoises that were born in an aquarium or were rescued and considered unsuitable to be releasable by an appropriate government authority. Two Pacific white-sided dolphins Helen and Hana were rescued from entanglement in fixed fishing nets off the coast of Japan. Because neither would survive in the wild due to their injuries Vancouver Aquarium remains their long-term home.

Likewise Jack and Daisy, a pair of harbour porpoises rescued at a very young age lack the life skills needed to survive on their own have been adopted here.

The Arctic is warming at a rate of almost twice the global average, and the sea ice that is a critical component of Arctic marine ecosystems is projected to disappear in the summer within a generation. For beluga whales, the changing environment means fewer food sources and greater threats, novel diseases and infection by parasites previously only found in more southern animal species. Vancouver Aquarium belugas, Aurora and Qila, are helping to find solutions to these new challenges. 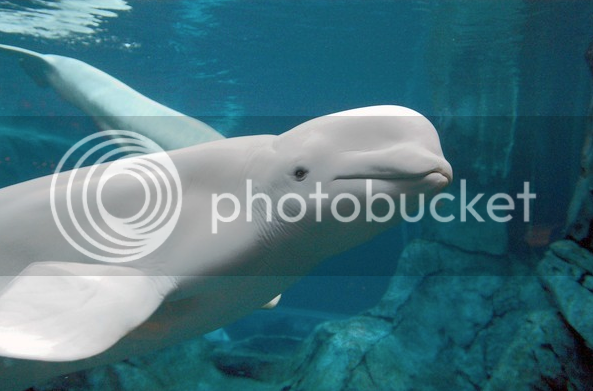 The aquarium’s Treasures of the British Columbia Coast features a sample of marine habitats along British Columbia’s coast. This series of exhibits is home to the iconic Pacific giant octopus, as well as surprisingly colourful cold-water corals. Officially christened in 2003 by Her Dutch Royal Highness, Princess Margriet of the Netherlands, the ms Oosterdam is the second in the series of Vista-class ships.
Oosterdam is sister to MS Noordam, MS Westerdam, and MS Zuiderdam. The ship's name is derived from the Dutch translation for the eastern compass point, and is pronounced "OH-ster-dam."
The centerpiece of the ms Oosterdam is a magnificent Waterford crystal globe, prominently displayed in a three-story atrium